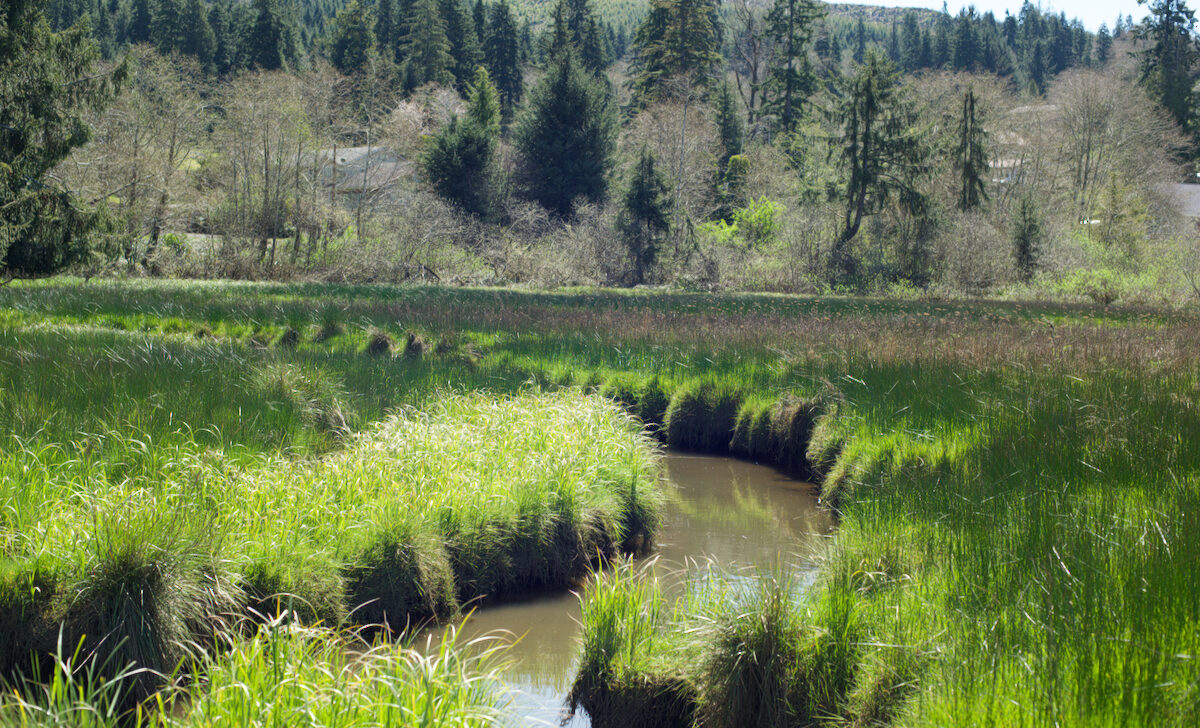 The Zimmerman Marsh property, located in Wheeler, includes approximately 6.8 acres of freshwater wetlands, estuarine wetlands and riparian habitats. This unique tidal marsh was once part of a wetland that stretched from Wheeler, to Mohler, and then as far north as the North Fork. It is now separated from Botts Marsh by the road beds of Highway 101 and the Coast Railroad. However, it is still tidally influenced, and provides winter refuge for fish, coastal birds and migrating waterfowl as well as beaver and deer. You can soak in the sounds and sights of this beautiful estuarine habitat from Hemlock and N. 1st Streets in Wheeler.

This property was purchased in two phases. In 2011 and 2012 LNCT launched a capital campaign to raise funds for the purchase of the first, southern half of this valuable property. The local community, recognizing the benefits of wetland conservation, generously pitched in to raise enough money to purchase the property. The Collins Foundation and Wheeler Foundation also made significant contributions towards the acquisition and the property became protected in perpetuity in January of 2013.

The second, northern portion was purchased in 2018 by two private supporters who held the property until LNCT could complete the purchase. The land was later transferred to LNCT after funds were raised through generous community donations and a grant from the Wheeler Foundation.

Get our eBulletin about events, progress, and community gatherings.

DONATE
VOLUNTEER
GIVE LAND
JOIN THE GARDEN
Our mission is to preserve land and nurture conservation values in partnership with an engaged community in the Nehalem region of the Oregon Coast.